My take on New Year's Eve 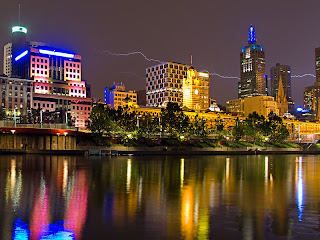 My take on New Year's Eve

I have never been a heavy drinker or been drunk. I do not state this arrogantly as I have other problems to deal with, as we all do. In the early 1990's for New Year's Eve I attended a few house parties of a friend of a friend. A possible problem with these types of parties is that the person throwing the party may like your friend but not you. This happened to me as this above average looking Christian young woman did not like me for some reason over the course of two consecutive New Year's Eve parties and decided that she would scowl at me whenever our eyes met. I think she perhaps disliked satirical, theologians, that looked like doormen and not Brad Pitt. She claimed to be a Christian, and I thought to myself, how Christ-like of her to act in such a fashion. I therefore nicknamed her "Vampira" and shared this idea with Chucky who agreed it an accurate name. Fortunately for her she never turned the scowls into a full frontal verbal attack because the term "Vampira" may have sneaked out of my mouth.;) Also in the 1990's for a few years I did the First Night supposedly dry New Year's Eve evening. Yes, the actual events were dry as in non-alcoholic, but between shows many of the people on the streets were hammered. I remember being in downtown Vancouver with a crowd of 100,000-300,000 people, many of them drunk and one female member of our group who previously almost completely ignored me (no not Vampira) grabbed onto my arm for protection. After we got through the crowd she let go and ignored me again. Oh what fun it was to be downtown with six figures of people, many of them wasted, hardly being able to move, people throwing up, and fights breaking out. In the last few years I have settled into usually associating with a few good friends on New Year's Eve. I can listen to a wife lovingly nag her husband, and it is entertaining and a good time.

From the New American Standard Bible,1 Corinthians 6:10 points out that drunkards will not inherit the Kingdom of God. This does not mean that Christians do not sometimes become drunk, but that those who live a life of a drunkard are in general terms not living with God and will not experience God's everlasting Kingdom. This type of lifestyle must eventually cease in order to please God. I therefore see no reason to live as one who will not inherit God's Kingdom, although I humbly admit to share the sickness of sin with all of humanity. It is by God's grace and not works that I am saved as it states in Ephesians 2 from the same Bible.
Posted by admin