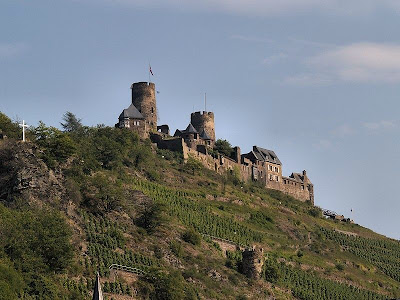 Since my MPhil/PhD theses topics are theodicy/the problem of evil, I thought I would take a few infamous quotes and look at them through the lens of my academic study.

Please feel free to provide your own quotes/citations in comments.

Death solves all problems - no man, no problem.

Human opposition to Stalinist communist political philosophy is a problem.

Death for such persons is preferred.

Ideas are more powerful than guns. We would not let our enemies have guns, why should we let them have ideas.

Thinking intellectuals could be a threat to Stalinist communist political philosophy.

No one must be allowed to be a serious threat to the State.

Passivity is fatal to us. Our goal is to make the enemy passive.

Communism is a threat to democracy.

Political freedoms should be maintained through diligence.

Propaganda must not serve the truth, especially as it might bring out something favorable for the opponent.

Below appears to be a more full citation:

Propaganda must not investigate the truth objectively and, in so far as it is favourable to the other side, present it according to the theoretical rules of justice; yet it must present only that aspect of the truth which is favourable to its own side. Mein Kampf, Chapter VI War Propaganda

It is not necessarily truth.

A few years ago I came up with the idea of putting the words promotion and propaganda together.

I am not stating that I am the originator of the word. But at that point I had never heard of it or seen it. I have since then seen it on the web elsewhere.

Always forgive your enemies; nothing annoys them so much. Oscar Wilde

On a British comedy T.V. program in 2004, Jonathan Ross stated that a Muslim extremist suicide bomber was expecting to be taken to heaven where he would be rewarded with 72 virgins. Instead he was given a 72 year old virgin.

The way of Biblical salvation and the ultimate benefits.

1"(A)Do not let your heart be troubled; [a]believe in God, believe also in Me.
2"In My Father's house are many dwelling places; if it were not so, I would have told you; for (B)I go to prepare a place for you.
3"If I go and prepare a place for you, (C)I will come again and receive you to Myself, that (D)where I am, there you may be also.
4"And you know the way where I am going."
5(E)Thomas said to Him, "Lord, we do not know where You are going, how do we know the way?"
6Jesus said to him, "I am (F)the way, and (G)the truth, and (H)the life; no one comes to the Father but through Me.

1Then I saw (A)a new heaven and a new earth; for (B)the first heaven and the first earth passed away, and there is no longer any sea.
2And I saw (C)the holy city, (D)new Jerusalem, (E)coming down out of heaven from God, (F)made ready as a bride adorned for her husband.
3And I heard a loud voice from the throne, saying, "Behold, (G)the tabernacle of God is among men, and He will (H)dwell among them, and they shall be His people, and God Himself will be among them[a],
4and He will (I)wipe away every tear from their eyes; and (J)there will no longer be any death; (K)there will no longer be any mourning, or crying, or pain; (L)the first things have passed away."
5And (M)He who sits on the throne said, "Behold, I am (N)making all things new " And He said, "Write, for (O)these words are faithful and true."
6Then He said to me, "(P)It is done I am the (Q)Alpha and the Omega, the beginning and the end (R)I will give to the one who thirsts from the spring of the (S)water of life without cost.
7"(T)He who overcomes will inherit these things, and (U)I will be his God and he will be My son.
8"(V)But for the cowardly and unbelieving and abominable and murderers and immoral persons and sorcerers and idolaters and all liars, their part will be in (W)the lake that burns with fire and brimstone, which is the (X)second death."
9(Y)Then one of the seven angels who had the (Z)seven bowls full of the (AA)seven last plagues came and spoke with me, saying, "(AB)Come here, I will show you the (AC)bride, the wife of the Lamb."