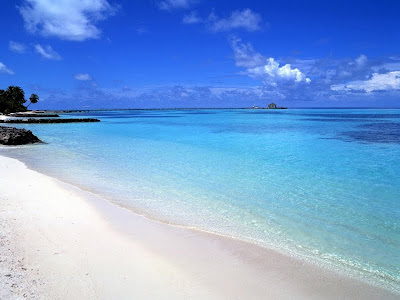 1. On a British comedy T.V. program in 2004, Jonathan Ross stated that a Muslim extremist suicide bomber was expecting to be taken to heaven where he would be rewarded with 72 virgins. Instead he was given a 72 year old virgin.

Soccer dives to the piece from Platoon.
Samuel Barber - Adagio for Strings
2. John Calvin in my view held to a concept of free will similar to my own, and he has influenced my theology. He wrote in 1543 in The Bondage and Liberation of the Will.

If freedom is opposed to coercion, I both acknowledge and consistently maintain that choice is free and I hold anyone who thinks otherwise to be a heretic. If, I say, it were called free in this sense of not being coerced nor forcibly moved by an external impulse, but moving of its own accord, I have no objection. Calvin (1543)(1996: 68).

Salvation is not done by force or coercion, but through the use of soft determinism/compatibilism as human beings are chosen, regenerated and changed to a belief in Christ through the Holy Spirit.
3. Thoughts

Honk if you love peace and quiet.
Depression is merely anger without enthusiasm.
Always try to be modest, and be proud of it!
Hard work pays off in the future. Laziness pays off now.

Thoughts
4. From my MPhil, thoughts on Scripture

I realize the original Scriptural autographs are missing, and it is not my place here to discuss Greek manuscripts, but there is a consistency in manuscript evidence which can be found, and within the Scriptural message there is philosophical consistency.

I am so muscular, that I have a twelve pack. (satire and theology)

7. My friend Bobby Buff announces that he has retired from body-building (i.e. ignoring his friends). He participated in two local natural competitions.

Questions 6 and 7 from this post in comments
8. How to build a religious empire with the use of cultic manipulation and false doctrine.

9. The joy of Russian scammer virtual 'love' from Yana. We had not met, and did not meet. She would send me scripted letters.

'hi My love.I did not receive your letter. I very strongly worry. Whether all at you is good. You were not ill. I suffer for you. I ask you calm of me, write to me the letter. Now it so is necessary for me your letter. I strongly love you also I wait from you for the letter. Always yours Yana.'

She also sent me this...or rather sent Mark this:

'mark.Today on April, 1 day of jokes and laughter.Today I would like to congratulate you on this holiday.Tell and you mark this holiday at you in the country and as you do it to me it would be very interesting to know.I hope to hear more detailed story about it in the following letter.'

Sorry, Yana, I will never give you cash for your written rehash.

10. Sceptic James Randi is not a Christian, but it is still interesting how he debunks Popoff.

Although these healing ministries appear fraudulent, they still preach some type of gospel message. Philippians mentions in 1:17-19 that some preach Christ out of selfish ambition, and not from pure motives, but Paul rejoices that Christ is still being proclaimed.

Jesus and the Apostles did not attempt to perform phony healings for selected people, but from Scriptural evidence were empowered by God. I believe that God can empower someone to perform a healing, but so often I think certain people want to make supernatural things happen and for this reason I think scepticism is healthy in regard to healing and miracles.

CALVIN, JOHN (1543)(1996) The Bondage and Liberation of the Will, Translated by G.I. Davies, Grand Rapids, Baker Book House.