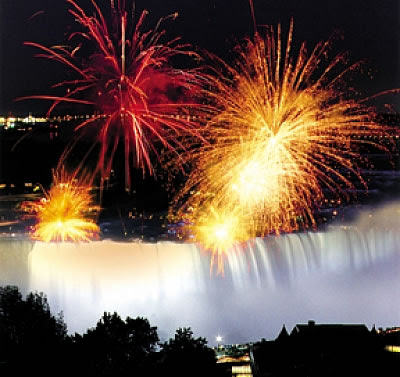 The Canucks and the Yankees share fireworks in friendship.

Two of my three favourite countries, The Socialist Paradise of Canada and the Excited States of Americana.

In the 1990's for a few years I did the First Night supposedly dry New Year's Eve evening. Yes, the actual events were dry as in non-alcoholic, but between shows many of the people on the streets were hammered. I remember being in downtown Vancouver with a crowd of 100,000-300,000 people, many of them drunk and the scene was questionable enough that one female member of our group that I barely knew grabbed onto my arm for protection. I suppose at the time as I was a developing kingpin this was not too much of a surprise. Oh what fun it was to be downtown with six figures of people, many of them wasted, hardly being able to move, people throwing up, and fights breaking out.

Those kind of good times just are so very difficult to match. And that almost trampled feeling is fantastic.

I did this for about three years and then decided...never again, or at least I have not done it since then. It is questionable to have alcohol free events that can be crashed by people that get their alcohol from somewhere else and come to the event 'influenced.'

Well, a certain Cousin when he was single that was looking for a good Christian young lady had a New Year's Eve party. He is now a happily married man. He also looks like a male model. Well, after midnight he and I ended being the last two guys around with about six ladies in the hot tub, as he had rented the hot tub.

I of course behaved myself...

The next year, I came to his party again in a different city. This time there was a snow storm and NO ONE showed up. Plus the washroom door ended up locking itself and we had to get into the washroom from the outside window while in the snow with the use of equipment.

Quite a contrast between the two years...from hot tub with ladies to being out in the snow trying to simply avoid using an invisible outhouse.

One night I remember being in British Columbia with a bunch of people playing Trivial Pursuit via phone with someone in Ontario.

This would be one funny party to attend and is one of the rare films that I can watch again and again.


Dick Clark's Rockin New Year's Eve is a bore as is that dropping ball is Times Square. I know many will disagree, but it seems so similar every year.

The producers could save money in places and use a lot of footage from recent previous New Year's Eve shows. At the end simply show the 2009 to 2010 celebrations.

I mean many of the viewers will be drunk and were drunk the previous years and so would not clue in.

That's me, always trying to save a buck.

What are some good things to do on New Year's Eve besides a party at a friend's place or at a friend of a friends?

Just about anything should beat Dick Clark's Rotten New Year's Ball or going to bed, which in my mind are both equally intellectually stimulating. 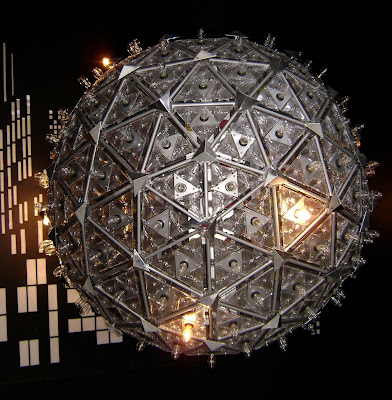 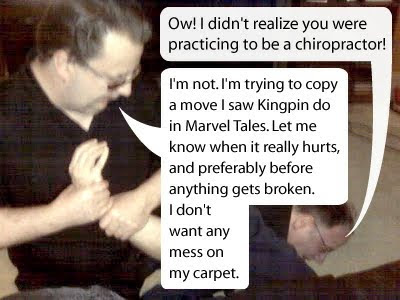