1. The following is seemingly the most strange occurrence in my life outside of an episode with exorcism (not of me!) when I was a child where I witnessed someone demonized and the beings were apparently cast out in Jesus' name. This person exorcised was not told they were a demon and so I doubt it was hypnotism as opposed to exorcism and I know key people involved well enough that it was not a staged event.
I am not however, an expert in exorcism or hypnotism.

A professor of mine did do exorcisms and told me that my experience seemed legitimate in light of his experience and the New Testament.

I reason that finite spiritual beings exist Biblically. They do influence people at times, myself included.

At times some are under very heavy demonic influence which could be equated with demonization.

It is the summer of 1995, I had just graduated from Bible College. I wanted to visit Britain and Ireland because I had not been to the United Kingdom since 1976, as a little boy, and I also wanted to see if I could tolerate Britain in the context of potentially doing a PhD there. I returned in 1997 and did a University tour. Both trips took place with my good friend and Blogger commenter Saint Chucklins of Ridge.

Sir Chucklins and I agree that the 1995 trip was an excellent one. My only other trip as fun was in 1976 with the family. My 1997, 2004 (February) and 2004 (December) trips as well as my 2009 trip were mainly business/academic trips with plenty of stress involved. I also lived in Manchester from 1999-2001 and that was very stressful although I made some very good lifelong friends.

I have mentioned this story previously on this blog, but this writing is all new with more detail.

In 1995, Chuckles and I spent a week in London, which is one of my favourite places to spend a week or so in. While on the Tube/London Underground I saw a bearded lady in tears making out with a man that was trying to console her by kissing her. Now, I am making no firm judgment on this woman, or her everlasting destiny, but I have to be honest and state that I felt like I could vomit looking at her. She made a negative physical impression on me.
After our good week in London we kept the tour going and ended up in Birmingham, which at the time, at least, was the second most populated metropolitan area in Britain. Chuck and I were in our hotel rooms and he was shaving while I was watching television. There was a show featuring the Edinburgh International Festival which we viewed personally later in the trip. Chucky was stating that if he did not shave he would look ugly, and I stated that he would not look as bad as that bearded lady. At that point I looked at the television and within a few moments that bearded lady was introduced as a presenter at the Edinburgh International Festival. Bizarre!

Pray that one is ready for the unexpected. It is one lesson anyway.

2. As mentioned in blog comments, on Friday we had a small Halloween party here and watched The Last Man on Earth (1964) with Vincent Price. It was a reasonably artistic movie of the horror/suspense/thriller genres, I would give it 4/5, and it did not feature gratuitous violence. I think the four of us that watched it all perhaps pondered on the end times as a result of viewing the film. In the past, especially prior to being an adult, I watched some classic horror/suspense/thriller movies with Vincent Price such as Pit and the Pendulum (1961), The Raven (1963), The Abominable Dr. Phibes (1971), Dr. Phibes Rises Again (1972) and Theatre of Blood (1973). I have no desire to ever watch the Phibes films or Theatre of Blood again as they are too gross, and I have seen the Phibes films twice each. But I have to admit that the Price films do have some artistic merit.

Seems to me Pit and the Pendulum (1961), and The Raven (1963) were quite artistic and not near as gross as the other ones I just mentioned.
I have no stomach or patience for modern 'slasher' films whatsoever.

These films can show evil and suffering as bad things, which they are.

Films that depend on gratuitous violence can limit their potential audience.

Therefore, the apparent or actual glorification of evil is not needed in these films. 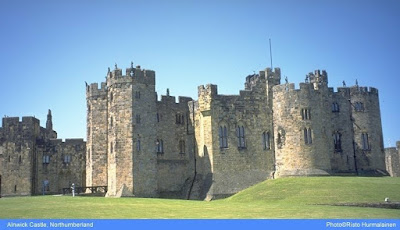